Mr. David has over 35 years of experience in geology and geophysics, base metal and precious metal exploration and mining. He obtained a BSc in geology from McGill University in 1975 and has managed numerous projects in southern Africa, Brazil, Colombia, the Philippines, Korea and throughout North America with emphasis in the Province of Quebec. Mr. David has been a director and officer of several mining exploration companies based in Val d’Or, Quebec. Under his guidance a number of these companies made significant gold discoveries exploring and developing both from surface and underground.

Mr. Lessard is an independent sales consultant. He was the Sales Manager of Campagna Motors Inc. and T-Rex Vehicles Inc. Renè is a former director of Nemaska Lithium Inc. (TSX:NMX)  and Monarques Resources Inc. (TSX:MQR).

Mr.Gauthier brings over 25 years of mining experience to Walker River. Mr.Gauthier has worked in production and mining for several Canadian mines, in particular Gwillim, Louvicourt, Western Quebec and Malartic southern. Mr. Gauthier is the Vice President of Exploration for the company.

Mr. Hobbs has worked with several public companies, accounting and securities firms in an accounting, management, director or CFO role in the past 20 years. Mr. Hobbs co-founded Pine Point Capital Advisors Inc., in January 2008 and has extensive experience in the investment banking sector. He served as a Senior Manager of KPMG LLP from 1990 to 1999. Mr. Hobbs is a member of the Chartered Accountants of Ontario and holds a bachelor of business administration degree from the Schulich School of Business at York University.

Mr. Hackman is an accomplished director and executive in the transport sector. He has considerable expertise in corporate governance, risk management, environmental safety and regulatory compliance. Mr. Hackman has advised gold mining companies in licence negotiations with Southeast Asian governments and has participated in capital raisings and public listings for companies throughout Australasia and the Pacific Rim for more than 30 years. Mr. Hackman has extensive experience with both private and Australian stock exchange-listed companies. Michael is also a former executive vice-president of Genting HK, a part of the Genting Group, one of Asia’s largest conglomerates listed on the Hong Kong Stock Exchange. He is also a former director of DEQ Systems Inc. Mr. Hackman holds a master of politics and public policy from Macquarie University in Sydney and has studied business strategy at Harvard Business School. He also studied geology at the University of Tasmania. He is a graduate of the Royal Australian Air Force training school, a former Australian Air Force pilot and a fellow of the Australian Institute of Company Directors.

Mr. Hall is an internationally recognized Canadian entrepreneur, visionary and innovator in several different fields of technology. He has spearheaded projects and start-ups in the gaming, entertainment, heavy technology, CRM, video game and special effects segments of the technology spectrum. He currently serves as the chief executive officer of AXES Network, an IoT (Internet of things) fintech (financial technology) company specialized in the casino industry. He is also the Gaming Standards Association chair of the blockchain committee. Mr. Hall currently focuses on big data, information correlation, predictability and behaviour triggers. Mr. Hall’s expertise in blockchain stems from his research in information management and is heavily influenced by his military background in intermodal logistics. Mr. Hall has done extensive research in neuroscience and has spoken at many international events, such as TEDx, Wanderlust and others, on the science of happiness, mindfulness and success. His passion for the human brain as well as the search for purpose and performance have had tremendous influence on his focus on company culture as the essence of success. Mr. Hall is a graduate of the Royal Military College and a veteran officer of the Canadian Armed Forces. He holds a master’s degree in public administration and is currently pursuing a doctorate in organizational psychology. Mr. Hall taught the management of information and new technology at the master’s degree level for 10 years, while researching the emergence of the digital economy.

For the past 35 years Mr. Angus has been focused on structuring and financing both domestic and international exploration, development and mining ventures. Most recently, Mr. Angus was Managing Director of Mergers & Acquisitions for Endeavor Financial. Prior to joining Endeavor Financial he was a former partner and head of Global Mining Group for the Canadian law firm Fasken Martineau DuMoulin. Mr. Angus is the former Chairman of the Board of BC Sugar Refinery Limited, he was a Director of First Quantum Minerals until June 2005, a Director of Canico Resources Corporation until it’s takeover by CVRD in 2005, a Director of Bema Gold until it’s takeover by Kinross Gold in 2007, a Director of Ventana Gold until its takeover by AUX Canada Acquisitions in 2011 and a director of Plutonic Power until its merger with Magma Energy in 2011. Currently Mr. Angus is Chair of Nevsun Resources Ltd.

Mr. Caron has over 20 years extensive experience in the exploration and development of precious and industrial metal projects. Mr. Caron has served from project geologist to senior project manager with numerous mining companies, designing and leading advanced exploration campaigns for different commodities including lithium, diamond, uranium, gold and base metals. Mr. Caron received a B.Sc. in Geology from the Université du Québec à Montréal (UQAM) in 1999 and a Master’s Degree in Earth Science from Institut National de la Recherche Scientifique (INRS) in 2010. He is a Member of the association of professional geologists of Quebec (OGQ) and has been a board member of several exploration companies with advanced projects. 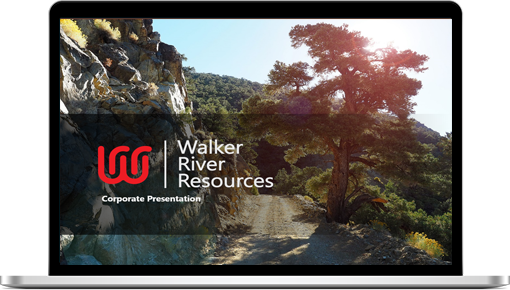 Buy subscribing you will be added to our mailing list to receive the latest news and updates from WRR.

You have Successfully Subscribed!